New Jersey Transit (NJ Transit) will aim to have a zero-emission bus fleet by 2040 and has unveiled a roadmap to help achieve this goal. The news came at the agency’s Board of Directors Energy & Sustainability Committee meeting on May 25. To support the transition efforts, the agency has applied for a federal grant […] 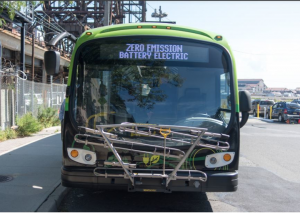