With days to spare, New Jersey Transit (NJ Transit) has attained the certification of its Positive Train Control (PTC) system by the Federal Railroad Administration (FRA) and will meet the Dec. 31, 2020, deadline to have the safety overlay system implemented.   FRA began designating which railroads were “at-risk” of being in noncompliance of meeting the […]

The Metropolitan Transportation Authority board is scheduled to vote Wednesday on a $334.9 million contract for Siemens to build 27 dual-mode locomotives for the Metro-North Railroad. A document in the board package for Wednesday’s meeting says the purchase, an order for 19 locomotives with the exercise of an initial option for eight more, is funded by a […] 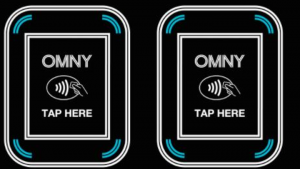 The Long Island Rail Road (LIRR) and the Metropolitan Transportation Authority (MTA) Construction & Development (C&D) have completed major construction on the Mid-Suffolk Train Storage Yard in Ronkonkoma. The project will increase future capacity and reliability for the railroad as part of the LIRR Expansion. “The expanded train yard, along with the third track project, […]